BOOK AT THE BEST PRICE

This destination stands out due to its stunning landscape, ranging from the Serra de Tramuntana mountain range to the beauty of its 54 kilometres of coastline where you will find cliffs, crags, coves and sands. 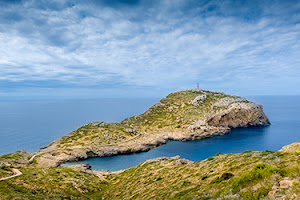 THE ISLAND OF CABRERA

Enjoy Archipiélago de Cabrera Natural Park, which is bathed by the clear waters of the Mediterranean Sea.

You will be able to experience water sports and go on boat excursions to areas accessible only by sea.

This park can be visited from Colonia de Sant Jordi and Porto Petro, forming a part of guided excursions limited to 200 people, with the exception of August when this limit is increased to 300 people. 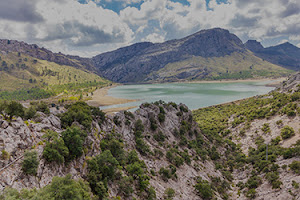 Discover Majorca like never before. It is formed by numerous towns with impressive cliffs, quiet coves, clear waters and sandy, rocky or pebble beaches meaning you can enjoy unspoiled nature. 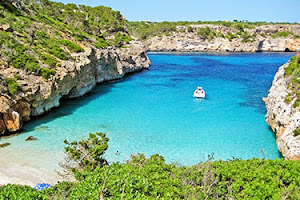 This is one of the most famous beaches on the island due to its clear waters and the cliffs that flank it. Its popularity with visitors makes it difficult to find a spot to put your towel, but it's worth a visit.

If you are accessing this beach by car, you can park for free next to Las Casitas de Sa Comuna (around 1.1 km along the road to s'Almunia) and than walk the remaining 400 metres. 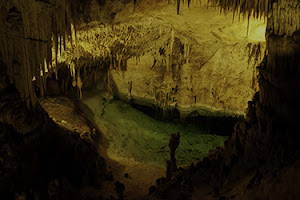 The Caves of Drach are one of the most famous sets of caves in Majorca. They were first discovered in the Middle Ages but it wasn't until 1880 when they were explored by M.F. Will and then in 1896 by E.A. Martel who discovered the caves with the underground lake that gives the site its name.

With a tour lasting one hour, covering around 1200 metres and including a classical music concert and a boat trip across Martel Lake, this is a must-see spot on the island. 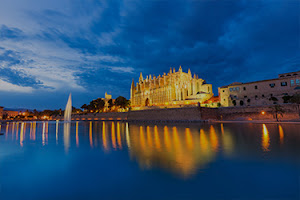 This is a symbolic monument in the city of Palma, Majorca's capital. Its impressive image dominates the Bay of Palma, rising above the sea, and it is one of its most photographed features.

This gem of Gothic architecture underwent renovations led by Antonio Gaudí at the end of the 20th century and work performed by the artist Miguel Barceló on the Santísimo Chapel, its large ceramic mural, its stained glass windows and its furnishings, making this a top tourist attraction in the city. 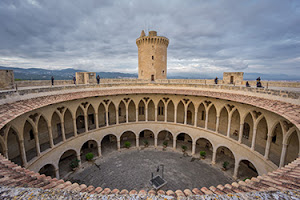 Bellver Castle is 3 kilometres from the city centre of Palma, the construction of this building began in 1300. It was designed as a royal residence although it also spent some time acting as a prison.
It has a circular floor plan and is surrounded by three semi-circular towers attached to it, and one that stands independently seven metres from the main body of the castle. It is surrounded by a forest and is currently the home of the city's Museum of History and the Despuig Collection of classical sculptures.

Watch video
MORE THAN ENOUGH REASONS TO SUBSCRIBE
Do you want to be up to date? Subscribe to our Newsletter and receive all our offers and promotions.

MORE THAN ENOUGH REASONS TO SUBSCRIBE
Do you want to be up to date? Subscribe to our Newsletter and receive all our offers and promotions.

BEST PRICE
GUARANTEED
FREE WIFI
IN RECEPTION
THE MOST
EXCLUSIVE OFFERS
DIRECT PAYMENT
AT THE HOTEL
100% SECURE
BOOKING
NO ADMINISTRATIVE
FEES
Central Reservations: (+34) 971 135 345
Web Assistance Service: (+34) 931 702 775
Need help? We call you for free!
We call you for free! x

Thank you very much. An agent will contact you shortly.